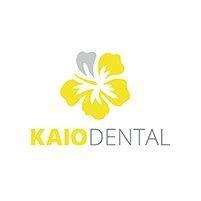 Gum disease is the top cause of adult tooth loss in the U.S., but the good news is, Dr. Tram is skilled in periodontics techniques and treatments that can help patients from Rancho Cucamonga, CA, maintain healthy gums and avoid tooth loss, including deep-cleaning techniques like root planing and scaling.

Periodontics is the area of dentistry that's concerned with the health of the gums surrounding your teeth. Gum disease, or periodontal disease, is the top cause of tooth loss among men and women in the U.S., and having regular periodontic care is essential for preserving healthy teeth at every age.

How does gum disease occur?

Gum disease occurs when bacteria form along the gum line, often behind a protective layer of hardened plaque called tartar. As the bacteria grow and multiply, they release toxins that irritate gum tissue, causing the tissue to pull away from the surfaces of your teeth and recede, exposing more of the lower portion of the tooth. At the same time, the bacteria also migrate downward, eventually invading the root space, weakening roots and causing tooth loss.

How is gum disease treated?

In its early stages, called gingivitis, it may be treated with more frequent routine cleanings to eliminate the buildup of tartar and harmful bacteria. Improving your brushing and flossing routines at home can also help. For more serious gum disease, or periodontitis, deeper cleaning methods are used, including techniques called scaling and root planing, designed to reach below the gums and around the tooth roots. Antibiotics may also be used – either oral or gels – to help eradicate harmful bacteria.

What if my gums have receded?

Gums may repair themselves to some extent over time once gum disease is treated, but if your gums have permanent recession, you may need gum grafts to protect the roots. In gum grafts, tiny portions of your gum are taken from elsewhere in your mouth and attached in areas where the gum line is low. Over time, these grafts attach to teeth and begin to grow on their own.

We accept major PPO/indemnity insurance plans. If you have questions, please contact the office.

Words from our patients